Maitland is a city in the Lower Hunter, a couple of hours drive north of Sydney.  For almost 20 years until the Victorian gold rush, in the 1850s, Maitland was the second largest town in Australia.

It remains a major town in the Hunter region. Bushrangers, Politicians, Clergymen, Actors, Activists, Sportspeople, Convicts, Migrants and Hard Working men and women have all contributed to Maitland’s longevity and historical significance.

Following are some of the many stories from the Maitland region. 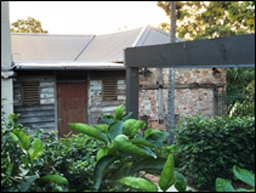 William Arnott is best remembered as the founder of one of Australia’s most iconic and recognizable brands, Arnott’s biscuits. The story of Arnotts began in a small bakehouse in Morpheth, in the 1860s.

William Arnott was a baker, biscuit manufacturer, a not so successful gold miner and a member of the Colonial Militia. William and his brother were bakers in Maitland until 1851 when they went to try their luck on the gold fields. William had better luck at baking then gold mining.  He returned from the goldfields and set up another bakery in Maitland. As his business became more successful he moved to the William Arnott Steam Biscuit Factory in Newcastle in 1865.

Arnotts is now owned by an American company, Pepsico.  Arnott’s biscuits continue to be manufactured in Australia, in factories at Brisbane, Adelaide, Sydney and Shepparton.